Our diverse team is made up from 4 different high schools in the Union Mine School District. Even though we often compete in other venues, we are committed to working together! We also have a department specializing in academic paper writing. Anyone can buy scholarship essays. Professional writers are ready to assist.

In 2008, the FIRST FRC game was RACK AND ROLL. Torgeir Lindborg, our current Team Captain, went to see the competition at UC Davis, Sacramento with his parents when he was in 8th grade. They found out about the competition through an announcement in the newspaper.


Torgeir was inspired and hooked! He sought permission to start an FRC team at his high school when he was a freshman and received it. He looked on the FIRST website to find a team that would mentor us. The Elk Grove Herdinators informed him that it was too late in the year to start his own team, but invited him to join their team for the year. The 2009 FRC competition was LUNACY. Torgeir participated in that competition as a Herdinator and enjoyed the FRC signature “hardest fun ever”.


As a sophomore at Union Mine High School, Torgeir was able, with the help of the school faculty and his family, to start a district wide FRC Team. Another student, Emma Holm, jumped on board during the summer before the school year to help with fundraising and public relations. Torgeir and Emma began recruiting and discovered another student, Luke Jarrett, who held the vision for a robotics team as well and had been looking for a way to create a team. Word spread and before we knew it our team, the Circuit Breakers, #3189, was 32 students and 11 mentors strong. Currently, we have team members from Union Mine, Oak Ridge, Ponderosa, and El Dorado High Schools. We are building a bot, pumped up,s and ready for the 2010 competition, BREAKAWAY, at UC Davis!

Click on a team mascot to visit that school's web site! 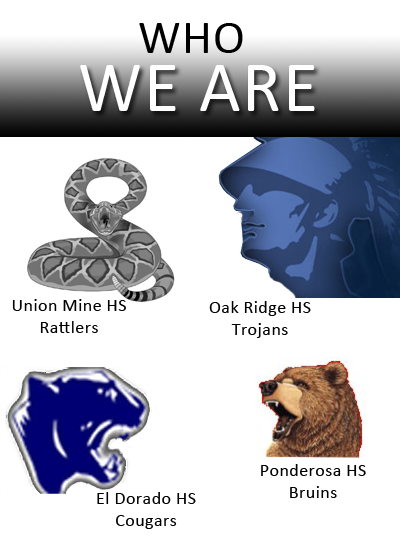